A fully CGI avalanche, created in multiple parts for realism and depth. Made for an independent film, later purchased by a major entertainment company. The Avalanche itself was created as a 3-part simulation – big pieces, small pieces, and then the snow/water simulation. It took the team 2 months to create the quality required to get the pièce de résistance. Most avalanches are just smoke simulations. They can often look weightless and have little impact by themselves.

The original shot was taken by a drone and it proved difficult to comprehend size and scale with just the base footage. We couldn’t track anything with the pure, white snow background and couldn’t see much in it. Therefore, remaking the mountain in CG and having an animated camera match the drone footage was our best option. Using this method, it linked the CG and the real-time footage together perfectly.

How did we create this visual masterpiece? The Avalanche itself was created as a 3-part simulation – big pieces, small pieces, and then the snow/water simulation. This way, it gave a serious sense of realism to the avalanche, one with moving pieces and not just heavy looking smoke. 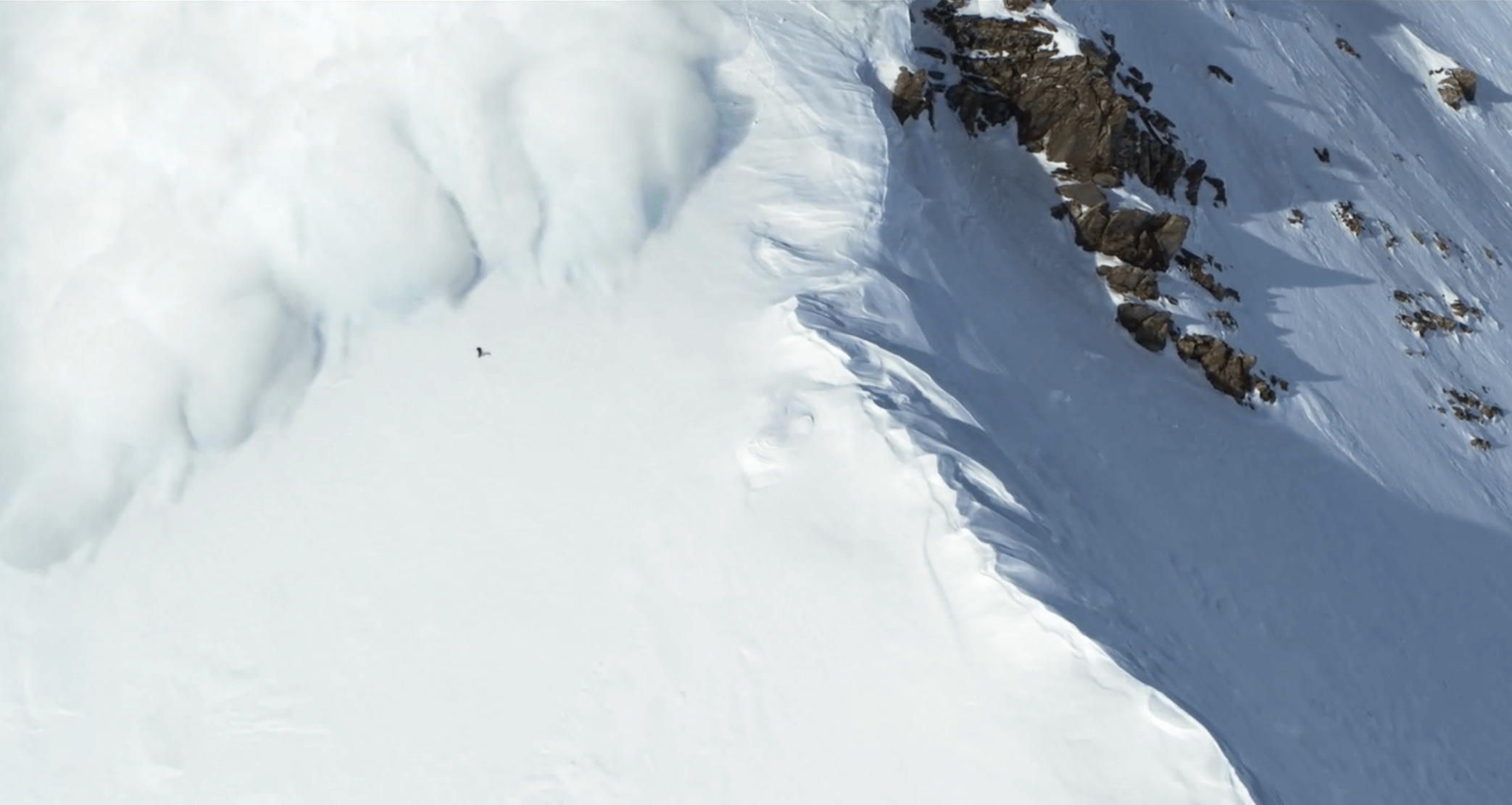 Scale can be difficult to understand when working with such large pieces and wide sweeping shots. In addition, the actor wasn’t filmed in the original plate.
When recreating the landscape and camera in CG, we would include a small 3D dot to represent the rough scale of the actor. This would allow us to visualise the entire piece given the context of what we should be looking at and at what scale they were in comparison.

Recreating the mountain and surrounding environment wasn’t explicitly needed but once our work began, we saw that the larger project would struggle with tracking and scale. The decision to take the existing footage and digitally recreate it wasn’t hard for us to make. Using a fully recreated mountain and a CG camera to match the drone’s original footage meant that the overall quality was far superior. We could navigate each shot much more precisely and change what we needed whenever we needed. It allowed for a much better final product. 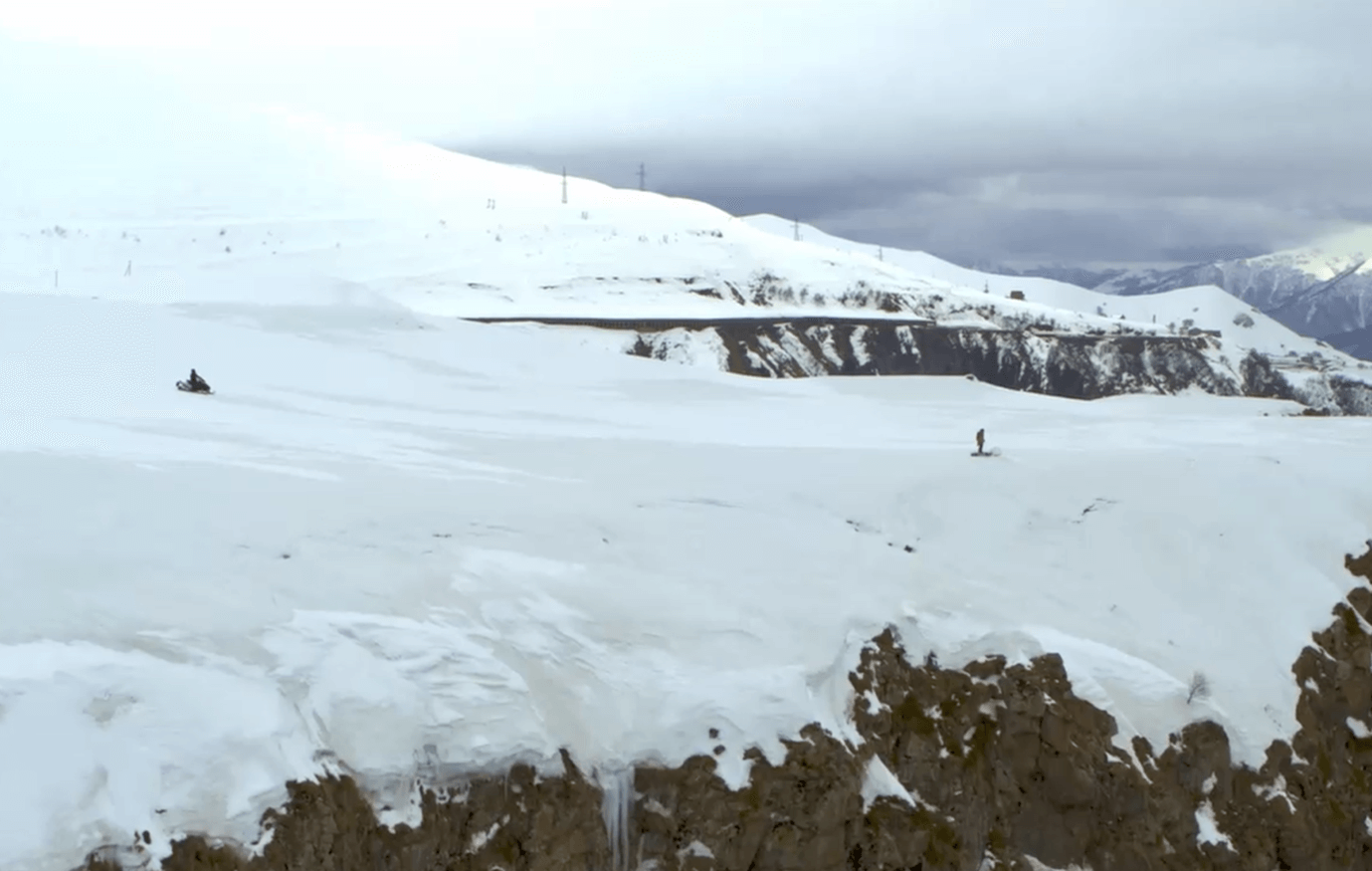